One of the best 3D modeling tools 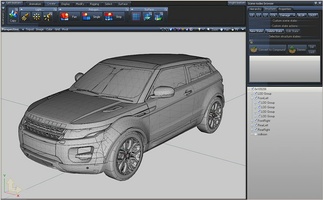 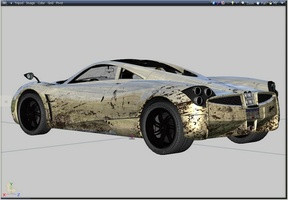 Advertisement
ZModeler is a three dimensional modeling tool, designed for users who want to develop models of vehicles and other objects of similar features for videogames such as Euro Truck Simulator, Need for Speed: Most Wanted and even Grand Theft Auto (GTA).

The application comes with a large number of features and an overwhelming interface. ZModeler lets its users create 3D models from scratch, allowing them to create anything from the simplest of polygons to the most complex of designs.

Due to its features, ZModeler is used mostly by 'modders' and or users with relatively advanced knowledge of 3D modeling. This is not the best application to get started in this world, but rather a tool with which to let your imagination loose once you have the basic knowledge.

Due to the application's features, you may end up needing more or less RAM memory to work with. The simpler models are easy to create and will not be very demanding on your computer, but more complex scenes could overcharge less powerful computers.

ZModeler is a very comprehensive 3D modeling tool that makes up for a non-intuitive interface with a huge number of quality features. Plus, the application does not require installation. You can, instead, just decompress the files in the compressed file and double click on the executable.
Reviewed by Andrés López
Advertisement

ZModeler at empirecrack has a new rendering engine and adds a few more features. Designed for ultra-low resolution modeling, this new brush lets you create almost any basic mesh or object with as few ...

Hi good day. I already installed zmodeler, now as I open it to design. Thank you.